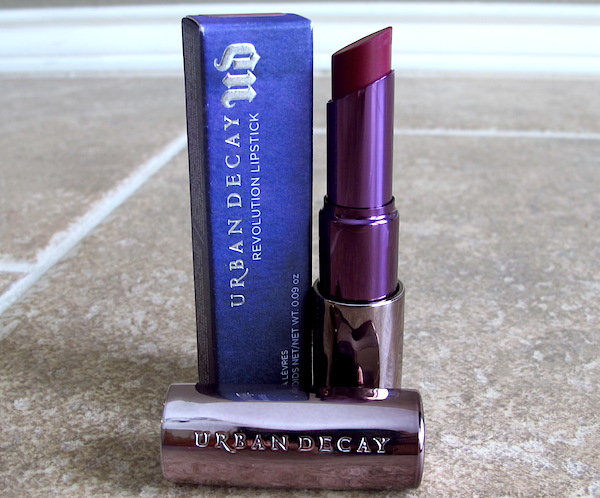 I told you guys I was going to start reviewing other lipstick brands, didn’t I? Several months ago, I received an item in my Ipsy bag that was defective, so I contacted them about it. Instead of replacing it, they sent me a full size Urban Decay Revolution Lipstick in Venom. Thanks, Ipsy! At the time, I was completely new to Urban Decay lipsticks, so I had no idea what to expect. I was also not very adventurous as far as lip colors went, so I was clearly terrified of trying such a bold shade and it ended up in the bottom of a drawer. When fall was just around the corner and I was starting to feel more comfortable with lip colors outside the nude spectrum, I went digging around in my lip drawer for something new and stumbled across this guy. AND IT WAS PERFECT. 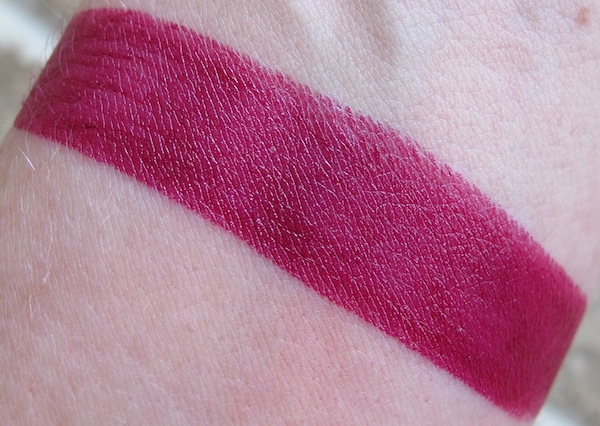 Urban Decay Revolution Lipstick in Venom is so complex, and I love it. The Cliff’s Notes version is a  bright plum with a very faint bluish shimmer, but once you think you’ve figured it out, it’s something else entirely. It’s an explosion of red, pink, berry, plum, and blue. It’s a color that has so much dimension and can really compliment and complete even a very simple eye look. In fact, that’s my favorite way to wear it. The texture is incredibly creamy and smooth and it applies beautifully and easily. It wears for a decent amount of time, even with my obsessive water-guzzling. My only complaint is that there is some slight feathering, so a lip liner is necessary. I’ve been using the Urban Decay lip pencil in Ozone because it’s clear and can be used with any color, and it does the job.

Here’s how it looks: 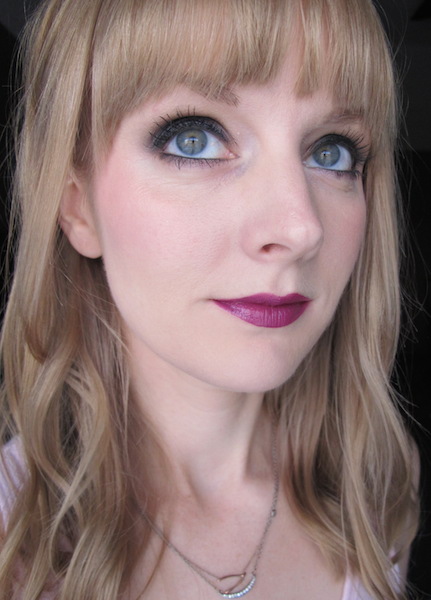 Overall, I’m really impressed with Urban Decay’s lipstick formula. I have since purchased more of the Revolution lipsticks and they all seem to perform the same for the most part. Venom is officially one of  my fall favorites.

Venom is available at Ulta and Sephora for $22.00.