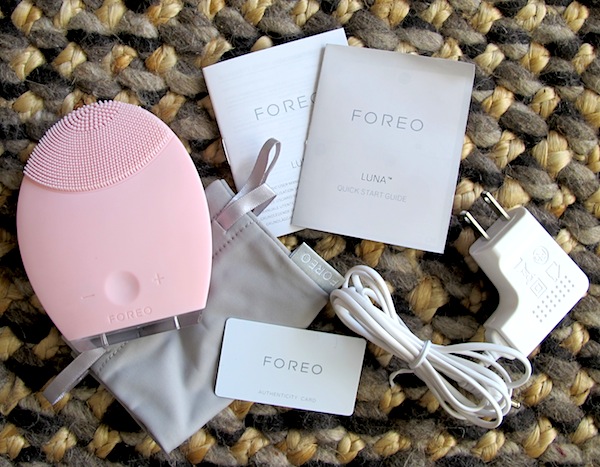 A few months ago, I purchased my first, full-sized Foreo Luna. After a month of use, I wrote a review that can be seen here. At the time, I was unaware of a possible defect that this device had upon arrival. The Luna had a small air pocket above the buttons that eventually spread all over the device and caused the silicone to become loose. While this could have been a one in a million flaw, I feel that for the price of $199, the inspection process before distribution and/or general durability of the device should be far, far better. In a matter of two months, the Luna was unusable. I debated with myself for a couple of weeks, trying to decide if I should exchange it and give it a second chance or return it for good. While the Luna did have a few benefits, I eventually came to the conclusion that I wasn’t completely satisfied with the overall results and that the majority of the fancy scientific claims were actually just a bunch of voodoo.

My reasons for returning:

1. It isn’t necessarily more hygienic than devices that have brush heads, such as the Clarisonic Mia. Over time, I noticed a buildup within the silicone bristles of the Luna. By being “more hygienic”, I wasn’t expecting to have regularly set aside time to clean it in order to achieve this. I’m lazy, and would much rather just switch out brush heads, even if they cost more in the long run.

2. There is no actual science behind the claim that it can be used as an anti-aging device. I also never saw results to support this claim. Additionally, I’m not convinced the anti-aging side helps moisturizers absorb into the skin better. I’m pretty sure it just rubs some of the moisturizer off to make it seem like it has been absorbed.

3. It did not effectively cleanse my skin of all makeup residue.

4. I still had some dry patches around my nose that could have easily been resolved by using a regular exfoliating cleanser, which does not cost $199.

Fortunately, Sephora has a great return policy, so I was able to return it after almost 3 months, no questions asked. As an alternative, I have decided to give the Clarisonic Mia a try. I will give more details on that later on after my skin has had at least a month to get acclimated.