If there is one thing I am terrified to use makeup-wise, it is too much color. I have turned beautiful eye shadow palettes into muddy, embarrassing disasters on my face. There has never been anything rebellious or exciting about my eye shadow, aside from the bright pink I smeared all around my eyes in high school. It probably looked more like eye disease, and likely was at some point when my friends and I decided sharing makeup was a good idea. I purchased the Too Faced Pretty Rebel Eye Shadow Palette and the Urban Decay Electric Pressed Pigment Palette at the same time because, let’s face it, they are nice to look at. Whether I would actually use either one of them or just stare at them longingly, wishing I could find a way to get some use out of them, was still up for debate. I tried out the Electric palette a few times and ended up running for the hills after accidentally trying to bring back to 80s in a bad, bad way. I thought I was doomed to a life of neutrals, but decided to challenge myself to use the Pretty Rebel Palette every day for a week since it has SOME neutrals I can feel safe with. 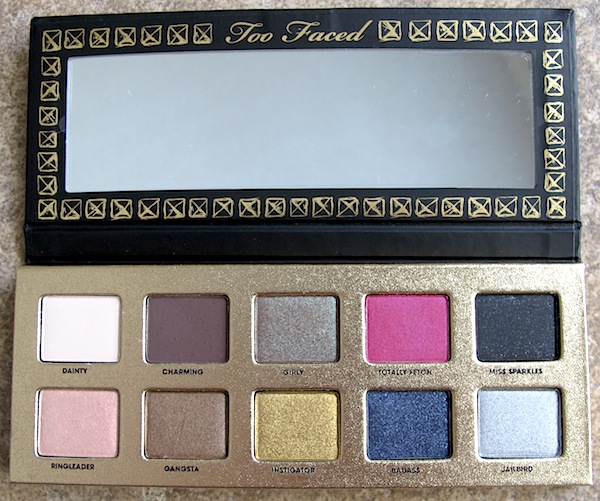 The palette is available at Sephora for $46. It comes in a cardboard case with a mirror and a magnetic closure and contains 10 different eye shadows. 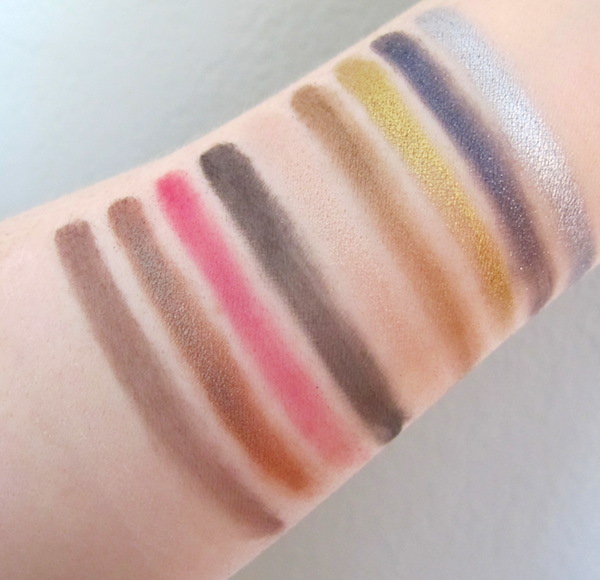 Dainty-A matte white with a slight pinkish hue. Also the same color as me, apparently. It’s nice and soft, and helps tone down the other shadows by blending out nicely in case you accidentally overdo it.

Charming-A matte, ashy brown. Not as soft and blendable as Dainty, but not enough to complain about.

Girly-NOT army green like I expected, but a coppery brown with a beautiful, wet, green shimmer. This was hard to capture with the camera. You know those black beetles with the iridescent green backs? It’s kind of like that. Coolest eye shadow ever. It’s extremely buttery and applies like a dream.

Totally Fetch-A frosty magenta. This has insane color payoff and really pops with even the smallest amount.

Miss Sparkles-A glittery, matte black. A little dry and takes a lot of building to get it nice and dark. Also has a ton of fallout from the glitter.

Ringleader-A frosty, pinky-beige. Super soft and buttery. It’s the one I use the most as a base color. Other colors blend over it very nicely.

Instigator-A metallic gold. Amazing, soft and buttery texture. It highlights the corners of my eyes and creases of my lids beautifully with little effort.

Badass-A glittery, shimmery navy. Like Miss Sparkles, this has a lot of fallout, but has a soft texture and blends better.

This palette far exceeded my expectations. I always wear an eye shadow primer, but most of my shadows end up creasing anyway by the end of the day. These do not. Never have I had such an easy time blending eye shadows onto my face. As a result, I became more and more brave with the color combinations and something just clicked. I CAN DO THIS. Just looking at the palette, I had NO IDEA how I was supposed to make these colors work together without being afraid to go into public afterwards, but it happened. Here are a few looks I’ve done with the Too Faced Pretty Rebel Eye Shadow Palette: 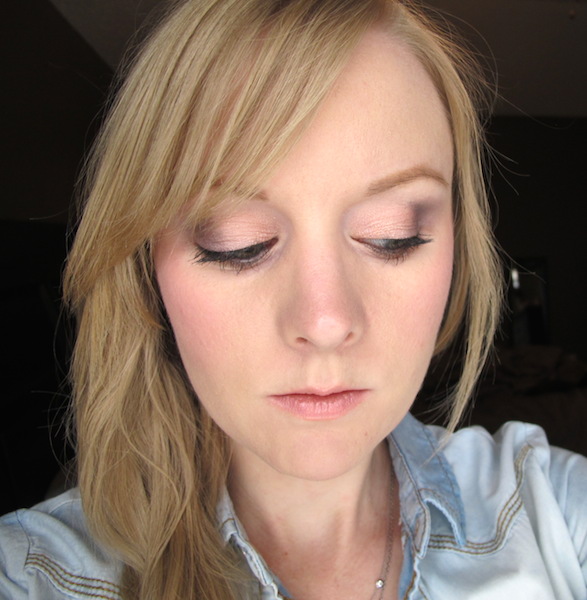 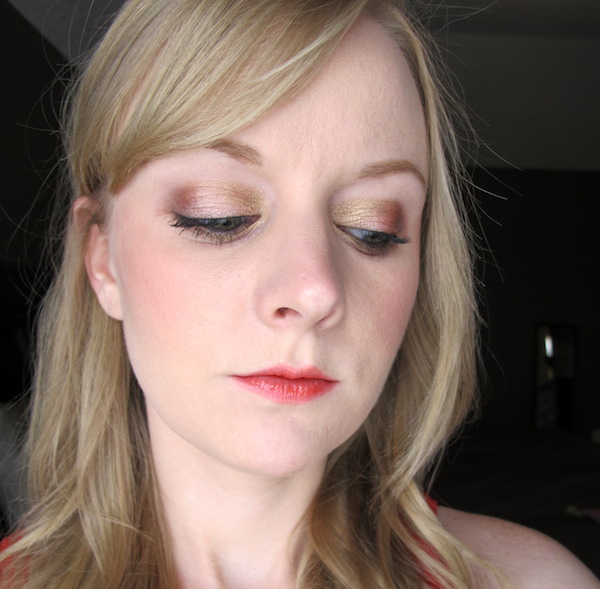 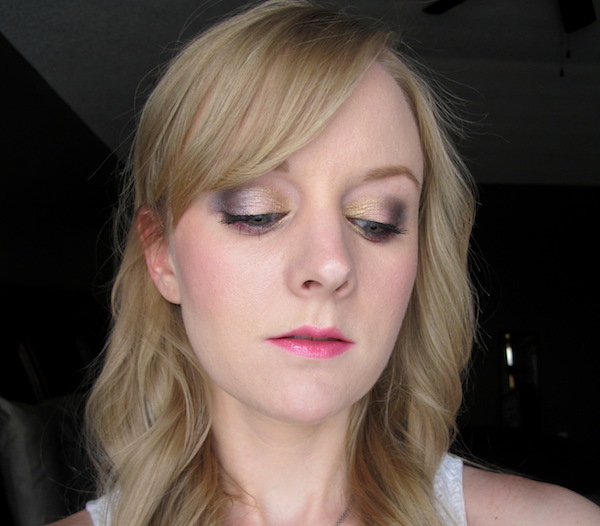 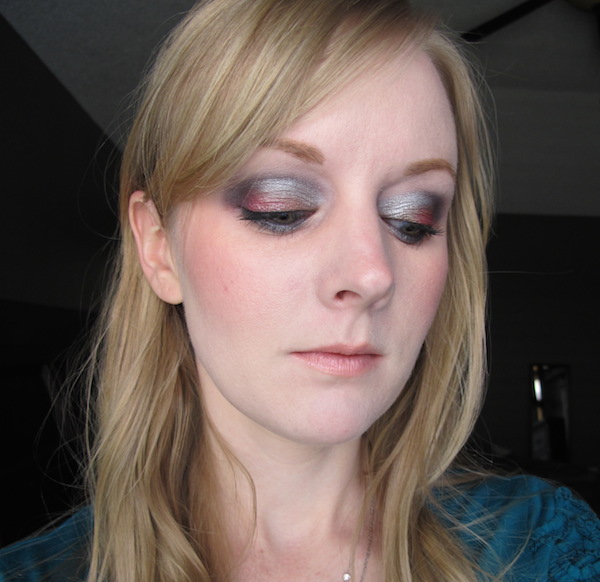 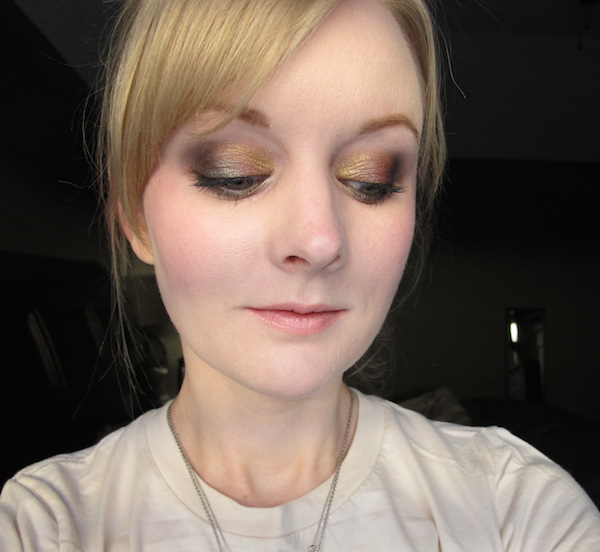 If you are stuck in neutral like I was, this is definitely a great palette to start with. It contains enough neutrals (more than I originally thought) to feel safe and just enough brights to pack an extra punch to your eye shadow looks. The quality is also out of this world, so it’s very easy to work with if you are a beginner. A total win for me!