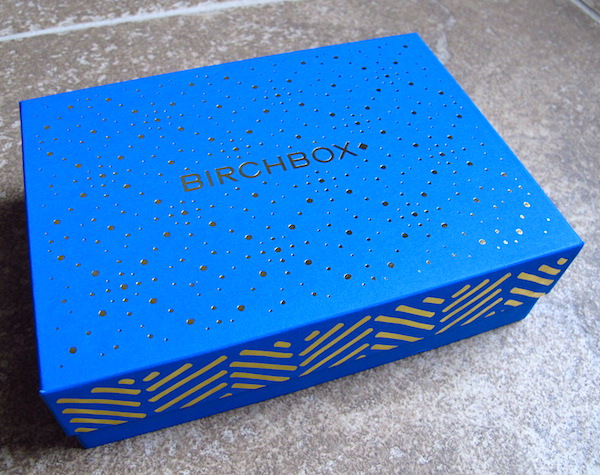 Birchbox got a little Christmas crazy this month, and it was awesome. The theme was “decked out”, and that’s exactly what they did with my box. Isn’t it so pretty and festive? 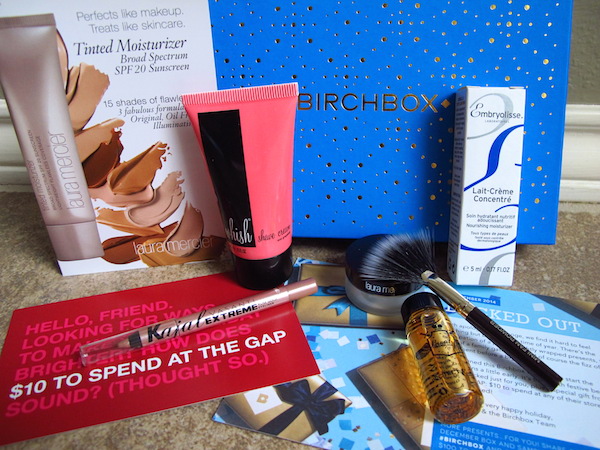 I got a shipping notification for my box on December 5th, which is the earliest one I have ever gotten. After peeking at the contents of my box online, I kept obsessively refreshing my tracking details to see when it would get here. Sadly, it did not even make it to my house before the 13th when I left for Disney World. When I got back in town on the 16th, I just knew it had to be in my mailbox by then (Newgistics is pretty terrible about updating the tracking, so it’s rarely correct), but it took an additional two days before it finally arrived. Such torture, Birchbox! I received a whopping 7 products to try this December along with a $10 gift card to The Gap, so all is forgiven. A Gap just opened in the town I live in, which is awesome and extremely sad at the same time. Knowing me, I will probably spend it online anyway because shopping locally right now is a nightmare.

Each month, Birchbox subscribers receive a variety of beauty samples to try for only $10. 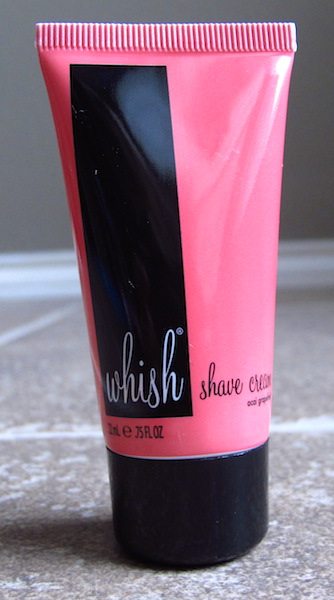 I’m one of those people that likes to have multi-use toiletries, so instead of using shaving cream, I typically buy a creamy body wash and kill two birds with one stone. I also don’t like how the moisturizers in shaving creams gunk up my razor, because it’s a pain to clean it out. I’ve tried the Whish shaving cream in Pomegranate before, and while it was decent as a shaving cream, it smelled a little rancid to me. In my opinion, the Acai Grapefruit smells exactly the same with a hint of Sweet Tarts. I’m sure I’ll end up using the rest of it, but I’m still not convinced I need shaving cream in my life. 0.75 oz, $2.96 value 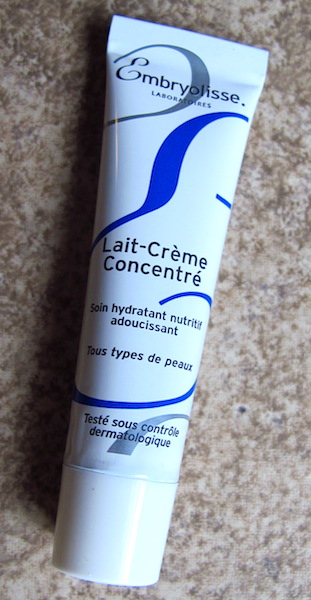 Speaking of multi-use products, Embryolisse Lait-Crème Concentré (24-Hour Miracle Cream) is supposed to do it all. It’s a moisturizer, makeup remover, post-shave soother, and all-over body lotion. If the sample wasn’t so dang small, I would have tested all of these claims. Instead, I only tried it as a moisturizer since that is the way I would probably find it most useful. This stuff is very light but feels thick and balmy like it’s moisturizing deep and protecting the outer layer of skin. It actually feels very similar to the Weleda Skin Food I’ve been using lately, but much lighter and not oily at all. I like the fact that it isn’t oily because my face is less likely to slick up as quickly. My skin feels soft and smooth and the tone looks very balanced. I dig it. 0.17 oz, $1.87 value

Birchbox is just determined to get me to jump into the hair oil craze. Beauty Protector Protect & Oil smells very similar to the rest of their products, which is nice for those who hate surprises. I put a little on my ends before blow-drying, and it was easier to brush through and my hair feels softer and thicker and doesn’t look greasy like I always fear. I like it, but I’m still not gonna buy it. ~0.2 oz, $1.30 value 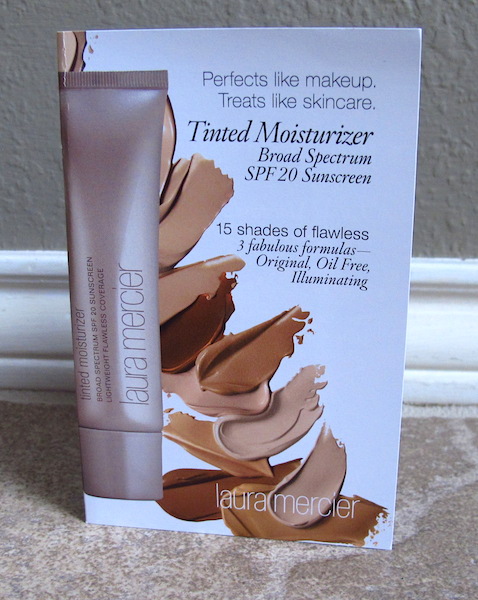 I’ve been experimenting with tinted moisturizers lately, so it was nice to get one in my box I haven’t tried yet. Unfortunately, it was a foil sample and there was not nearly enough for me to truly decide whether or not I liked it. 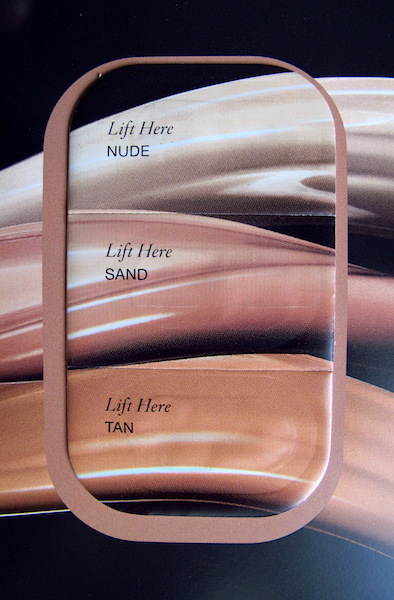 The Laura Mercier Tinted Moisturizer – Illuminating Broad Spectrum SPF 20 Sunscreen came in 3 shades, and I used the nude because I am a ghost. There was only a teeny tiny amount, so I tried it around my nostrils where I have a few obnoxious veins just to get an idea of the coverage. The color blended with my skin well, but it didn’t give any coverage whatsoever. My skin also felt slightly irritated from it and it didn’t seem to spread out much, giving me the impression that you would have to use a lot of product to cover your face. I’m not really that impressed, but then again, there was not nearly enough to form a solid opinion about it. 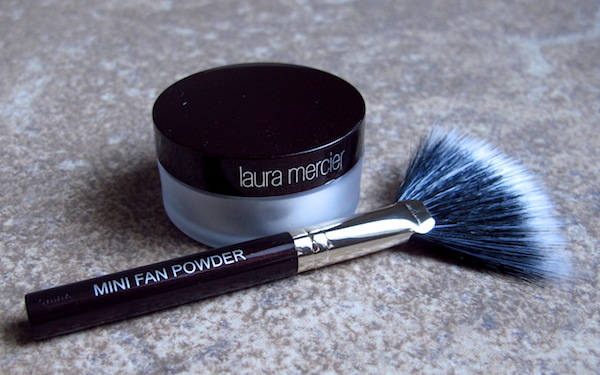 To go along with the tinted moisturizer, Birchbox also sent me a Laura Mercier setting powder and a mini fan brush. I only own one Laura Mercier eyeliner brush and love it, so I was excited about the fan brush, especially since I’ve never used one before. The bristles are really soft and applying powder with it did not go how I expected it to at all-in a good way, of course. It felt a little strange at first, but once I got the hang of it I really loved it because it’s much easier to powder around my eyes and nose than it is with the giant face brush I normally use. The bristles are so thin that I was able to blend the powder in easily without having to worry about leaving streaks or moving the rest of my makeup around. I’m also less likely to pick up lots of product and have to tap off or blow it out, so I feel like I’m wasting a lot less of it. I seriously love this brush! 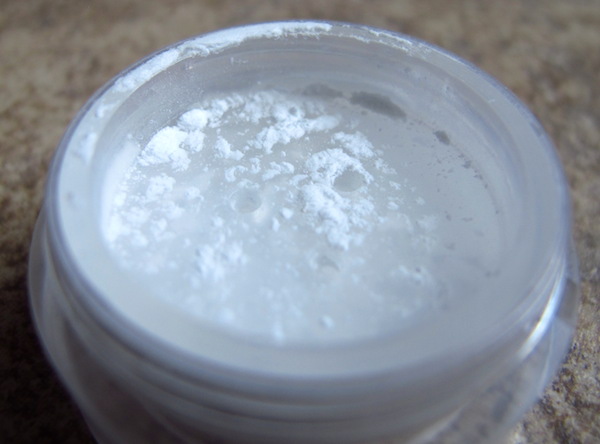 The powder is your typical white translucent setting powder. I’ve been using the NYX HD Studio Finishing powder for a few months now and really like it, but I feel the Laura Mercier gives a much softer look to my skin. I already have a whole stockpile of setting powders I’ve yet to really experiment with, but I have a feeling this one may be the winner among them. 0.03 oz, $1.11 value

The Vasanti Kajal Extreme Intense Eye Pencil in Rose Gold was my sample choice this month. I’ve been wanting a rose gold eyeliner for a while now, but I was being pretty indecisive about which one to get, so this was a win for me. 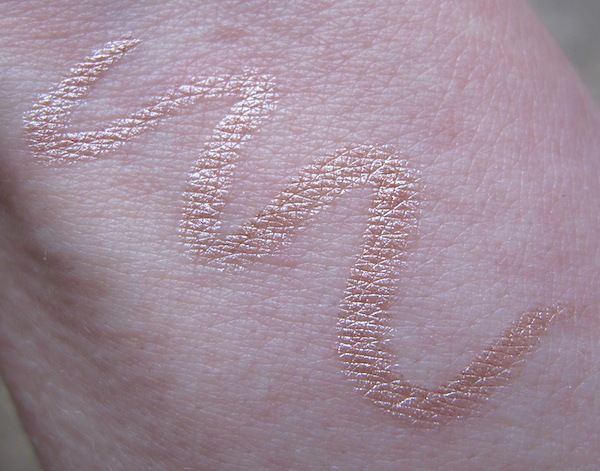 The eyeliner glided on so smoothly as I was making the swatch, I almost wanted to just continue doodling on my arm with it. The formula set almost immediately and refused to budge until I used soap to get it off. While I like eyeliners that stay in place, I’m not a fan of ones that set quickly. Eyeliner takes me lots of time to put on because I am terrible at it, so I need a few minutes to get it right before it’s permanently tattooed on my face all day. 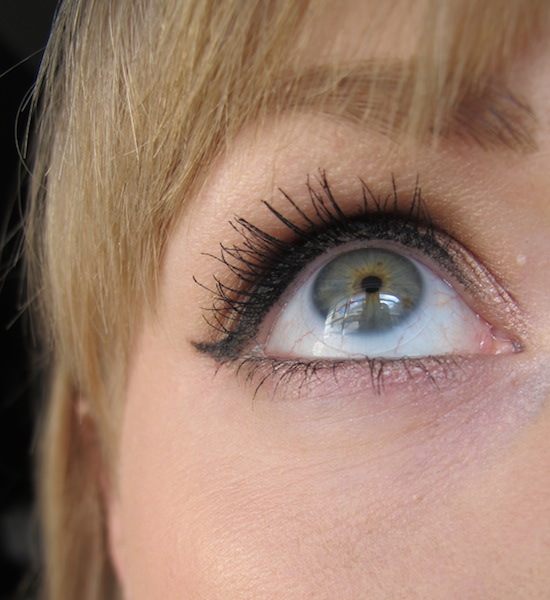 I put the rose gold on my water line to brighten up my eyes. I wouldn’t suggest doing that if you have contacts because some of it got onto mine and clouded them up and I had to take them out and rub the eyeliner off in order to see again. Instead, I put a little below my lower lashes and blended it in quickly because I didn’t want a harsh line. I don’t really have strong feelings one way or the other about the result. Overall, I don’t really think this eyeliner will work for me because it sets so quickly and it looks a little ridiculous unless I smudge it to the point where it is barely noticeable. 0.03 oz, $13.50 value

Here’s how the products look: 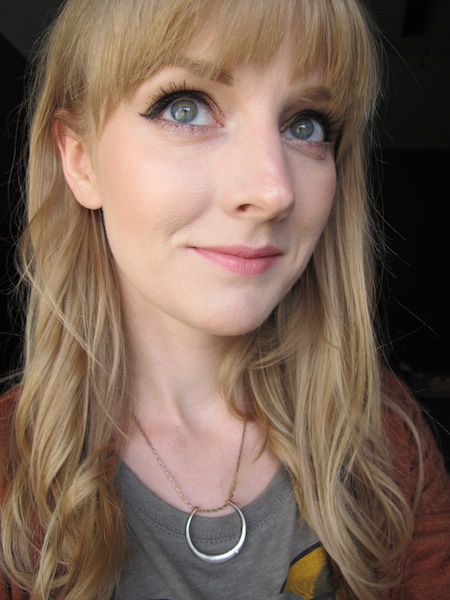 Total box value is $20.74, or $30.74 with the Gap gift card plus the Laura Mercier foil sample and mini fan brush because I refuse to spend another hour searching the internet for the value of them. My December box was really great this month. The fan brush is to die for and the setting powder is spectacular. I probably would have been just as happy if I had gotten only those two things, but everything else is a plus. Not to mention that extra 70 points I’ll be getting to use in the Birchbox shop when I review my products. Merry Christmas to me!

If you are interested in subscribing to Birchbox, feel free to use my referral link here.