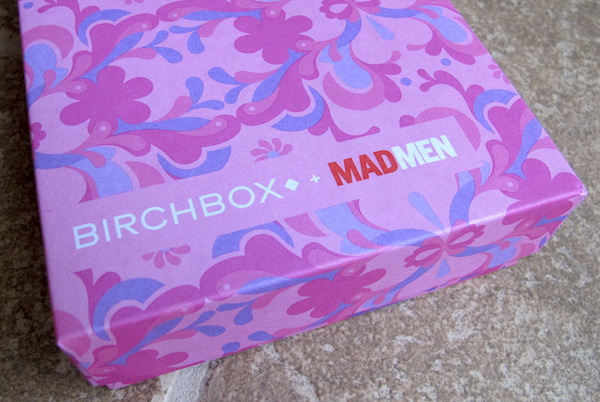 I’m back! Real life has required tons of attention lately, so I had to step away for a while. April is the perfect time for my return because not only is my blog officially a year old now (!), but my Birchbox is Mad Men-themed (!!). Busy bee that I am, I haven’t even gotten around to watching the first episode. One of these days I’ll go on my binge, but let’s face it–I iron clothes a lot faster when I’m not fast-forwarding through commercials every 10 minutes.

Each month, Birchbox subscribers receive a variety of beauty samples to try for only $10.

I’m not going to be doing reviews on my February and March boxes after watching those months zip by because what’s done is done. I’m ready to move on. Don’t worry, they weren’t that exciting anyway. Out of the two, the only thing that really blew my mind was the WEI Manuka Bee Venom Mask, which made my skin feel like a million bucks. I figured I’d show them off in case you were curious, though. 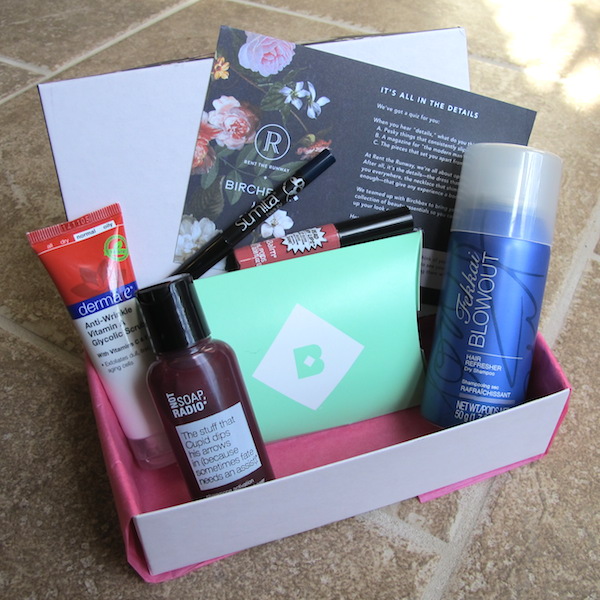 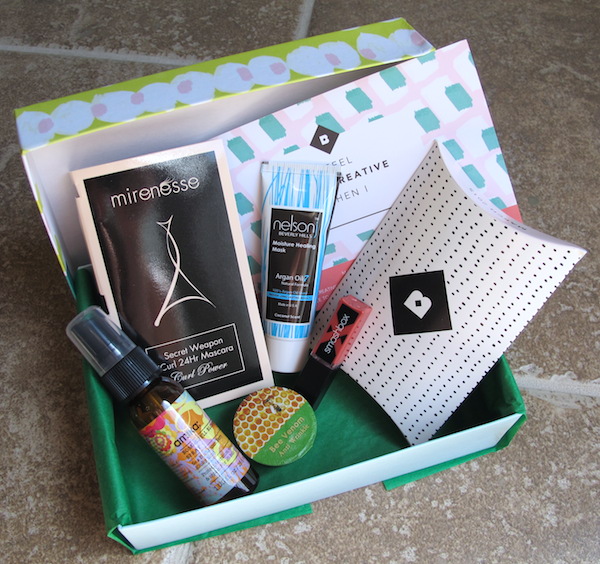 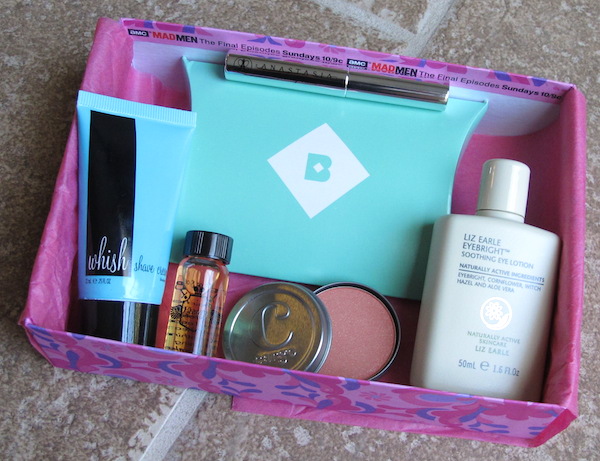 My April box! Yes, the hair oil is a repeat for me and I still can’t figure out why Birchbox is so dang obsessed with that Whish shaving cream, but I HAD to try the blush and the brow gel, so I chose this Mad Men New York box this time instead of something else. Plus, I’m kind of tired of rolling the dice with Birchbox BECAUSE SO MANY HAIR PRODUCTS.

Birchbox sure does act like these Whish products are the best thing since sliced bread, and I don’t get it. I really don’t. The lotions and the shaving creams are mediocre at best. Perhaps the shaving cream would perform better if my town didn’t have incredibly hard water. I need something nice and lathery if I don’t want to use a gallon of product trying to shave my legs. Fortunately, this one doesn’t smell like rotten fruit this time. It doesn’t smell like blueberry either, though. Maybe jelly donuts, but don’t quote me on that. 0.75 oz, $2.96 value 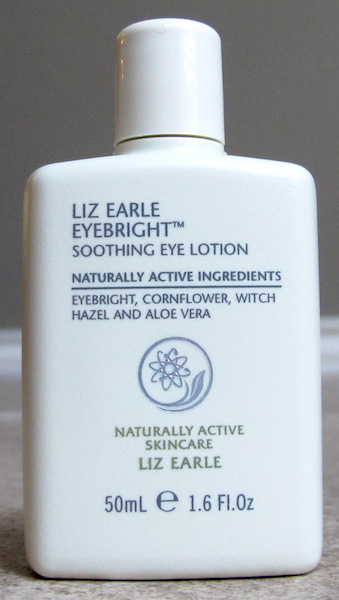 I wasn’t really impressed with the Liz Earle Cleanse & Polish Hot Cloth Cleanser I got in my September box, but I was willing to give the Eyebright Soothing Eye Lotion a shot since the cleanser was so gentle on my skin. I’m the type of person that absolutely cannot wake up in the morning without splashing cold water on my face first. It makes me feel nice and refreshed and any puffiness around my eyes that has developed overnight immediately disappears. Since water is so cheap, I had high expectations for this from the very start. It basically has the same effect as far as removing puffiness, but since it’s not cold like the water from the faucet, it doesn’t really get me going first thing in the morning. I could refrigerate it, but since I’m not some weirdo with a mini-fridge in their bathroom, I would just be making things more complicated on myself as I’m stumbling around in the morning trying to wake up. While it doesn’t burn my eyes if a little seeps into them, the delicate skin in that area does feel slightly irritated if I pat the cotton ball over it enough times. Sorry Liz, water wins. 1.6 oz, $7.89 value

Okay, Birchbox. YOU win. I might actually buy hair oil. I used every last drop of the Beauty Protector Protect & Oil sample from my December box. I put just a little on the ends of my hair before blow-drying and it feels softer than it ever has and smells great all day, so I’m not complaining about having this as a repeat item. ~0.2 oz, $1.30 value 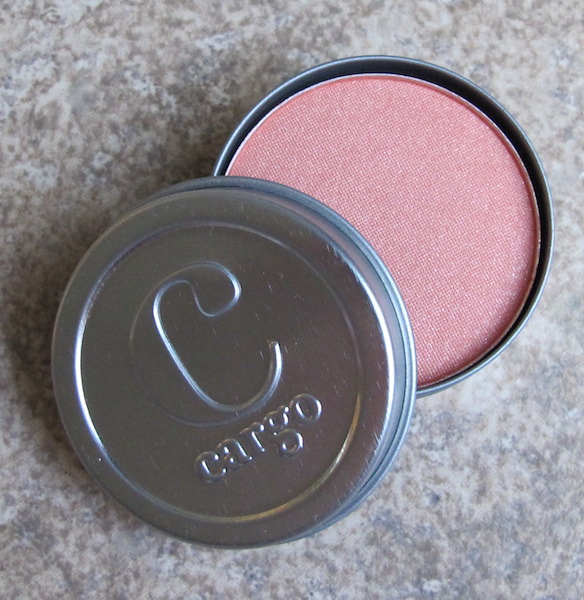 I saved the two products I wanted to try the most for last. I have seen the Cargo brand floating around here and there for a while, but this was my first chance to test something out. Er, I have a blush addiction as well. 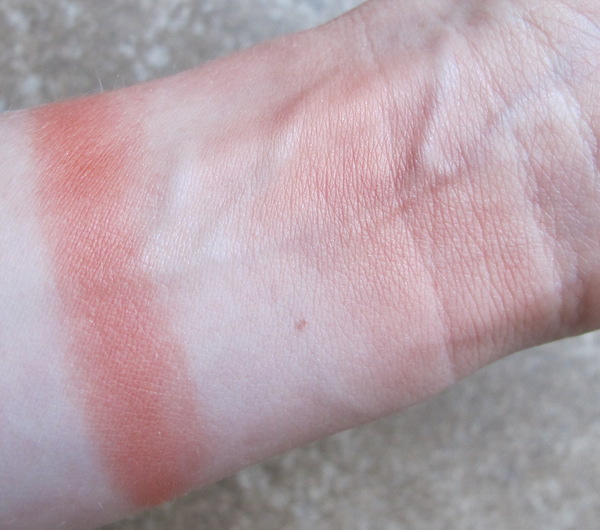 In perfect Mad Men style, Cargo Swimmables Water Resistant Blush in Los Cabos is described as a soft tangerine, and it’s right up my alley. It’s a matte with a very subtle glow that makes it look nice and soft on my skin. This blush goes on so evenly and is insanely blendable. As usual, the peachy-pink tone goes great with my complexion. Out of my massive blush collection, I really only have 2 that I use regularly because they are so fool-proof, but this one is definitely getting added to the rotation. I don’t know if the full size is in the same kind of metal tin that the sample is, but I will say that the only thing I hate about it is that it’s a total pain to open because the lid sticks. 0.11 oz, $7.73 value

Confession-I have been using the same Maybelline clear brow gel since 9th grade before I realized my blonde lashes weren’t really working for me and I used it as a mascara instead. I’m sure it’s been reformulated since then because it just doesn’t hold the way it used to, but I am way too lazy to search the drugstore aisle for something else. So I keep using it even though it doesn’t really do anything. Because I am a creature of habit. The Anastasia Beverly Hills Clear Brow Gel has gotten quite a lot of praise and I’ve even tossed it into my Ulta basket on more than one occasion only to ask myself why I am being so crazy for wanting to buy a $22 beauty product that is literally invisible. So I waited. Forget the blush, I have been wanting to try this so badly for so long that I immediately chose this box just for the gel and considered the blush an added bonus. 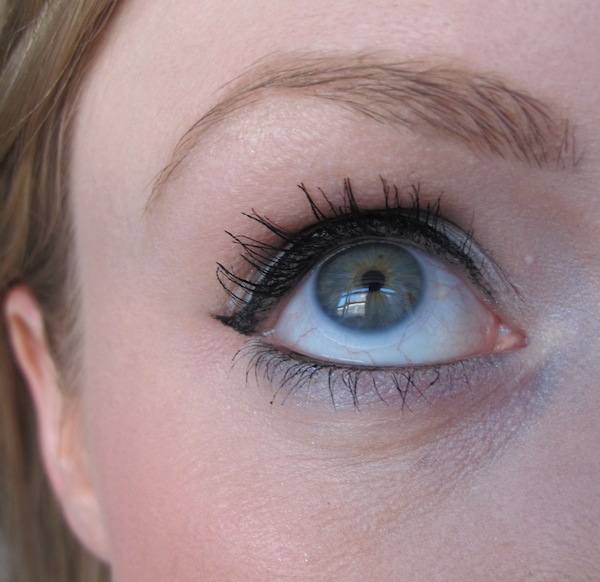 My eyebrows are a mixture of light, light blonde hairs and darker blonde hairs, so I fill in the light and sparse areas with the Anastasia Brow Wiz to balance out my face. I know the crazy, perfectly manicured, filled-in brows are a thing right now, but I’m not really into it. I just want to look like I have some. The problem with this is that since I do fill them in a bit, they have the tendency to look unnatural on a bad day when hairs are sticking out all over the place and not staying put over some of the more bare spots like I need them to. The Anastasia Beverly Hills Clear Brow Gel does a pretty great job of holding the hairs into place and defining them more, so less filling is required if a relatively minimal look is what you’re going for. I dig it, but I’m still not convinced there’s not something more affordable out there just yet, considering the original Maybelline version I used back in high school achieved essentially the same thing before they changed it up. 0.085 oz, $6.68 value

Here’s how the brow gel and the blush look: 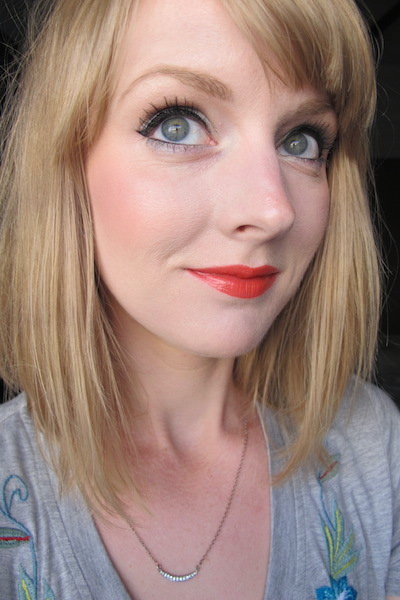 Total box value is $26.56. There are 3 products in this box I really love, and given that I’ve had a pretty bad run of boxes the past few months, I’m happy.

If you are interested in subscribing to Birchbox, feel free to use my referral link here.